Authoritarian and Populist Influences in the New Media 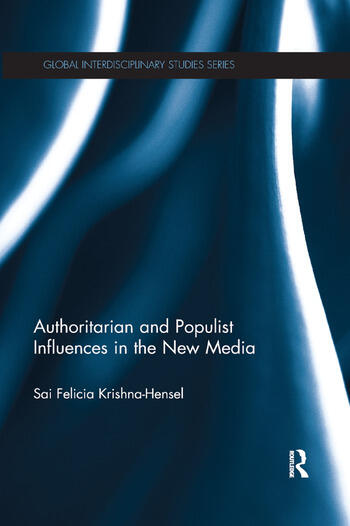 Authoritarian and Populist Influences in the New Media

The media is often viewed as a primary gauge which reflects the changing political landscape as societies transition from authoritarian regimes to democracies. Chronicling the process through media analysis provides deeper insights into the relationship between technology, the state, and social forces that are reflected in the public’s communications. This volume explores the challenges and political conditions that have shaped the media in several representative studies of the media in the Middle East, Asia, Eastern Europe, and Africa. The contributors analyse the legacy of the past on the development of the media in post-authoritarian regimes and explore the relationships between media, communication industries (public relations), and politics. The use of new communications technologies to manipulate the media and the public introduce a novel use of social media by populists as well as authoritarian regimes and their proxies.

This book presents a comparative and global investigation of the role of the media in the realignment from established policies to an emerging milieu of new channels of communication that challenge traditional media practices.

1 Discursive Strategies and Political Hegemony in Turkish Politics: the Justice and Development Party’s #yedirmeyecegiz vs. #OccupyGezi

2 The Democratic Peak of the Authoritarian Swing: Post-Revolutionary Egypt’s Politics, Media, And Public

3 A Case Study of the Media Coverage of Populism and Neo-populism: The 2009 and 2014 Presidential Elections in Romania

5 Politics of Publicity: Contextualizing Liberalized Media in Pakistan and its Illiberal Predicament

6 Legitimizing the Caliphate and its politics : Moral Disengagement Rhetoric in Dabiq