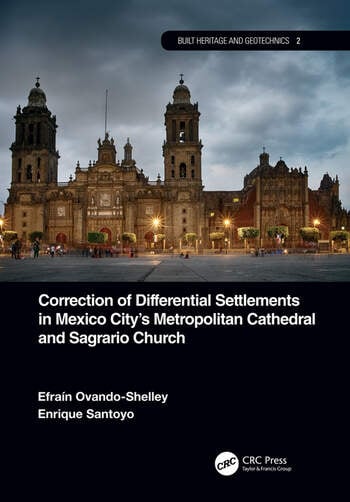 This book describes the geotechnical aspects for correcting the geometry of Mexico City´s Metropolitan Cathedral and of the adjoining Sagrario Church. It describes the main aspects of geotechnical conditions in the city and of the most important hazards affecting these monuments. It discusses the analyses performed and the actions taken to achieve the corrections required. The book aims to provide non-specialists with a clear picture of the magnitude and importance of the project and of the achievements it fulfilled. It is expected that the book will also appeal to specialized geotechnical engineers that will be provided with references to follow up the project in depth. The book will contain a large number of illustrations and will be written so as to provide "down to earth" explanations of the basic theories applied and of the actual construction procedures

The work will appeal to both students and professionals in the fields of Architecture and Civil Engineering. It will also interest specialized audiences of geotechnical engineers and conservation architects and it may also be of value to art historians.

Appendix A Archaeological aspects
Appendix B General chronological account of the Cathedral and of the Sagrario Church
Appendix C Master builders, architects and engineers
Appendix D Geotechnical dissemination of the project

Efraín Ovando-Shelley is a Civil Engineer (UNAM, Universidad Nacional Autónoma de México, 1977) with a Master in Engineering, (Applied and theoretical mechanics, UNAM, 1980), MSc, DIC (1982, Soil Mechanics and Engineering Seismology, Imperial College, London) and PhD (1986, Soil Mechanics, Imperial College, London). He has been a Research Engineer at the Instituto de Ingeniería, UNAM from 1986 and a lecturer at the School of Engineering (undergraduate and post graduate courses) from 1989.
He is the author of several dozen publications: research papers, technical reports, books and book chapters. Has performed research on the behaviour of loose granular materials and has looked experimentally at the static and dynamic behaviour of the soft lacustrine Mexico City clays. Has also participated in numerous foundation engineering problems including the project for the geometrical correction of Mexico City’s Metropolitan Cathedral and the ongoing project for a new airport for Mexico City at a site with extremely soft and very compressible soils. He is a geotechnical consultant for Mexico’s National Institute of Anthropology and History and a core member of TC301, the Technical Committee on the Preservation of Historical Sites and Monuments, ISSMGE.

Enrique Santoyo was a Civil Engineer who held a Master in Engineering from the School of Engineering at the National University of Mexico (UNAM). Santoyo received a doctoral degree in Architecture from the School of Architecture, UNAM, Mexico in 2010. He also held a degree from the Colorado School of Mines and from Duke University, in the USA. His professional career started at Solum, Geotechnical Consultants, where he practiced geotechnics from 1960 to 1967. He then joined the staff of research engineers at the Instituto de Ingeniería and the School of Engineering, UNAM, from 1967 to 1982. He founded his own firm of geotechnical consultants, TGC, in 1982. He passed away in June 2016.
Santoyo participated in more than 1000 projects in Mexico and was also acting consultant for several hydroelectric projects in Peru and Ecuador and other related projects in Central America and the Caribbean. Most of his publications were written in Spanish and directed to his colleagues in Mexico and the whole of the Americas. He was a member of the Mexican Academy of Engineering and was awarded several recognitions by his peers within the Mexican Society for Geotechnical Engineering (including the Nabor Carrillo Lecturer).
He devised the practical aspects of underexcavation as applied to Mexico City´s Metropolitan Cathedral and later, adapting the technique he developed in that project, he corrected the inclination of at least some 120 tilted buildings in and around Mexico City. 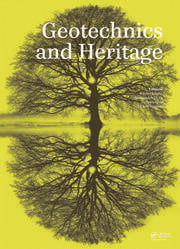 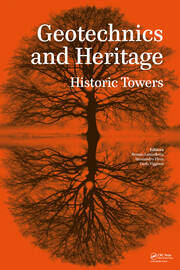 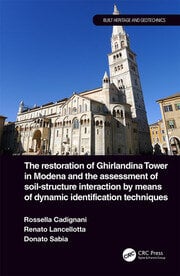