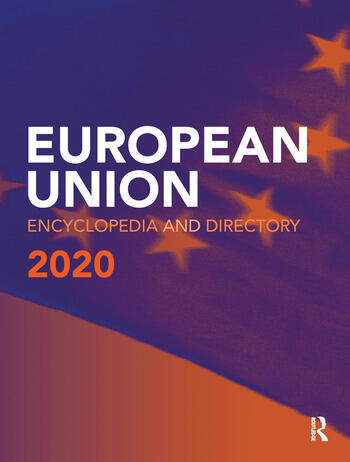 Thoroughly updated, this extensive reference source provides in-depth information on all matters relating to the European Union (EU): the events surrounding the United Kingdom’s planned departure from the EU are covered in depth, including discussion and analysis of the potential implications for the future of the EU; the EU’s migration policy is evaluated, together with the EU’s legal and social frameworks; enlargement policy and environmental issues are discussed; and external relations and current security challenges are addressed.

an A-Z section contains definitions and explanations of organizations, acronyms and terms, and articles on each member state. Comprising over 1,000 entries, terms listed include: Brexit; the European Institute for Gender Equality; Erasmus+; the European Maritime and Fisheries Fund; and the European System of Financial Supervision

articles written by experts on the EU provide an overview of its policies and activities.

a directory of principal names, addresses, telephone numbers, and e-mail and internet addresses of all major European Union institutions and their official bodies. This information is supplemented by summaries of important treaties, and details of EU-level trade and professional associations. Users will also find details of MEPs and the political groups and national parties contributing to the European Parliament

This title will prove valuable to academic and public libraries, politicians and government agencies and the media, as well as to all those in need of accurate and reliable information on the European Union.