High School for All in East Asia
Comparing Experiences 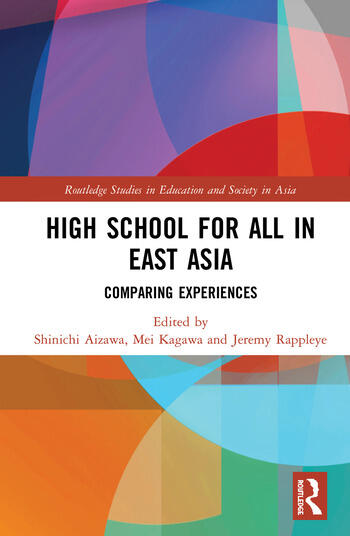 High School for All in East Asia: Comparing Experiences

Although late to industrialize, East Asia has witnessed rapid development whilst maintaining some of the highest educational enrollment rates and indicators of academic achievement globally. From major players, such as China, to small city-states, such as Singapore, economic success and the growth of education have seemingly unfolded simultaneously. This book seeks to better understand the relationship between these powerful economies and their commitment to educational expansion.

Exploring the universalization of upper secondary schooling, it assesses the social foundations of the region’s economic development. Chapters covering each of the countries of East Asia trace how upper secondary school functions as the support for the mass manufacturing labor force, which has been instrumental in East Asian economic expansion. These analyses then compare the experiences of the different nations along two major axes: the relationship between public and private provision and the balance between general and vocational tracks. Finally, the analyses go on to examine recent trends, including the slowing of social development and declining fertility, and ultimately asks, can East Asia maintain its world leading development and educational standards in coming decades?

Combining a wealth of quantitative data and policy analyses, this book will be useful to students and scholars of Asian and international education.

1. High School for All in East Asia, Shinichi Aizawa

2. Towards an original contribution based on 'Asian Ediucation'?: A Review of Existing Theories of Educational Expansion, Jeremy Rappleye

5. Private and Vocational High Schools within the Expansion of Secondary Education: A Case Study of Korea, Mitsuharu Tanaka

8. Foreseeing the New Educational Dream Just before the Post-industrial Reality - Equality, Mobility and the Expansion of Upper Secondary Schools in the 1980s, Yuk-Man Cheung, Yuet-Man Li and Ching-Wai Ho

Shinichi Aizawa is Associate Professor in the School of Contemporary Sociology at Chukyo University, Toyota, Japan. His research focuses on secondary education, social equality, development, and poverty from a comparative and historical sociological view. He was also Visiting Professor in Free University Berlin from 2016 to 2017.

is Lecturer at the Faculty of Sociology, Daito Bunka University, Japan. Her research focuses on school to work transition, life course, and secondary education.

Jeremy Rappleye is Associate Professor in the Graduate School of Education at Kyoto University, Japan. He was formerly a Japanese Society for the Promotion of Science Special Research Fellow at the University of Tokyo (2009–2011).