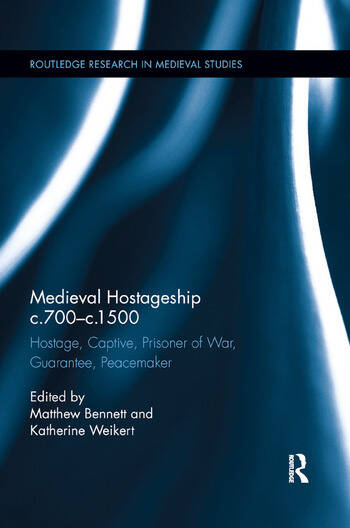 This volume explores the issues of taking, using and being hostages in the Middle Ages. It brings together recent research in the areas of hostages and hostageships, looking at the act of hostage-taking and the hostages themselves through the lenses of political and social history. Building upon previous work, this volume in particular critically examines not only the situations of hostages and hostageships but also the broader social and political context of each situation, developing a more complete picture of the phenomenon.


1. The State of Play: Medieval Hostageship and Modern Scholarship

2. Aldhelm "Old Helmet," First Bishop of Sherbourne, and his Helmgils, "Helmet Hostage," First Abbot of Glastonbury, on the Dorset/Devon Coast at Lyme: The Making of a West Saxon Bishopric

3: Perceiving and Personifying Status and Submission in Pre-Viking England: Some Observations on a Few Early Hostages

4. The Role of Hostages in the Danish Conquests of England and Norway, 1013-30

8. The Princesses Who Might Have Been Hostages: The Custody and Marriages of Margaret and Isabella of Scotland, 1209-1220s

9. "Thy Father's Valiancy Has Proved No Boon": The Fates of Helena Angelina Doukaina and Her Children

Katherine Weikert is Lecturer in Early Medieval European History at the University of Winchester.