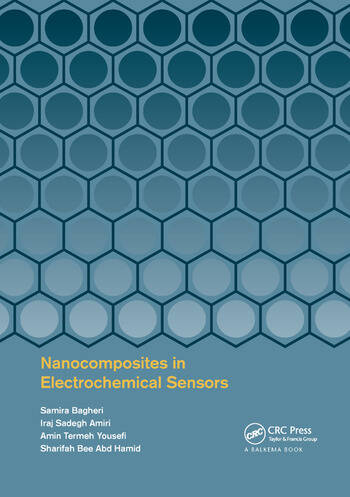 Nanotechnology has become one of the most important fields in science. Nanoparticles exhibit unique chemical, physical and electronic properties that are different from those of bulk materials, due to their small size and better architecture. Nanoparticles can be used to construct novel sensing devices; in particular electrochemical sensors. Electrochemical detection is highly attractive for the monitoring of glucose, cancer cells, cholesterol and infectious diseases. Unique nanocomposite-based films proposed in this book open new doors to the design and fabrication of high-performance electrochemical sensors.

Dr. I. S. Amiri, received his B. Sc (Hons, Applied Physics) from Public University of Oroumiyeh, Iran in 2001 and a gold medalist M. Sc. from University Technology Malaysia (UTM), in 2009. He was awarded a PhD degree in photonics in Jan 2014. He has published more than 280 journals/conferences and books in Optical Soliton Communications, Nano photonics, Nonlinear Fiber Optics, Quantum Cryptography, Optical Tweezers, Nanotechnology, Biomedical Physics and Biotechnology Engineering