Place and Progress in the Works of Elizabeth Gaskell 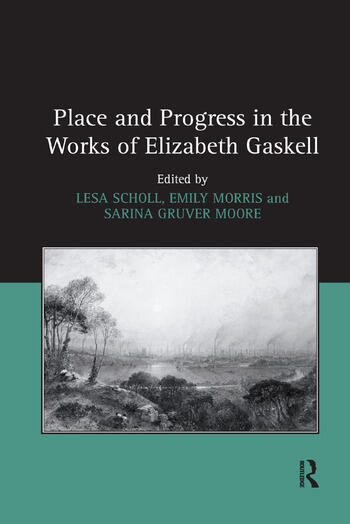 Place and Progress in the Works of Elizabeth Gaskell

Critical assessments of Elizabeth Gaskell have tended to emphasise the regional and provincial aspects of her writing, but the scope of her influence extended across the globe. Building on theories of space and place, the contributors to this collection bring a variety of geographical, industrial, psychological, and spatial perspectives to bear on the vast range of Gaskell’s literary output and on her place within the narrative of British letters and national identity. The advent of the railway and the increasing predominance of manufactory machinery reoriented the nation’s physical and social countenance, but alongside the excitement of progress and industry was a sense of fear and loss manifested through an idealization of the country home, the pastoral retreat, and the agricultural south. In keeping with the theme of progress and change, the essays follow parallel narratives that acknowledge both the angst and nostalgia produced by industrial progress and the excitement and awe occasioned by the potential of the empire. Finally, the volume engages with adaptation and cultural performance, in keeping with the continuing importance of Gaskell in contemporary popular culture far beyond the historical and cultural environs of nineteenth-century Manchester.