Scottish Dance Beyond 1805
Reaction and Regulation 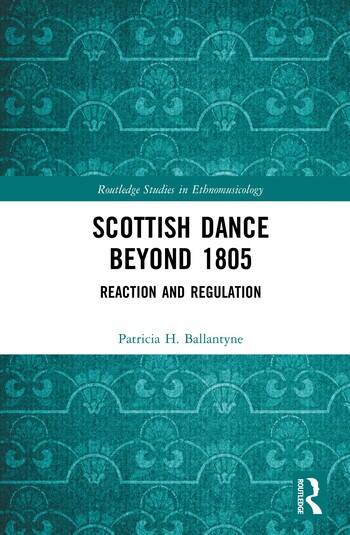 Scottish Dance Beyond 1805: Reaction and Regulation

Scottish Dance Beyond 1805 presents a history of Scottish music and dance over the last 200 years, with a focus on sources originating in Aberdeenshire, when steps could be adapted in any way the dancer pleased. The book explains the major changes in the way that dance was taught and performed by chronicling the shift from individual dancing masters to professional, licensed members of regulatory societies. This ethnographical study assesses how dances such as the Highland Fling have been altered and how standardisation has affected contemporary Highland dance and music, by examining the experience of dancers and pipers. It considers reactions to regulation and standardisation through the introduction to Scotland of percussive step dance and caller-facilitated ceilidh dancing.

Today’s Highland dancing is a standardised and international form of dance. This book tells the story of what changed over the last 200 years and why. It unfolds through a series of colourful characters, through the dances they taught and the music they danced to and through the story of one dance in particular, the Highland Fling. It considers how Scottish dance reflected changes in Scottish society and culture.

The book will be of interest to scholars and postgraduates in the fields of Dance History, Ethnomusicology, Ethnochoreology, Ethnology and Folklore, Cultural History, Scottish Studies and Scottish Traditional Music as well as to teachers, judges and practitioners of Highland dancing and to those interested in the history of Scottish dance, music and culture.

PART I Historical context 1 Introduction 2 Francis Peacock: just a provincial eighteenth-century dancing master? 3 Francis Peacock: the significance of the music and dance of the Highlanders 4 How did they dance in the early nineteenth century? 5 Charlatans and simplifications 6 A successful provincial ‘Professor’: the early career of Adam ‘Cosmo’ Mitchell 7 Professionalising the professors: the later career of Adam ‘Cosmo’ Mitchell, and the transition from dancing master to dance teacher 8 From the Imperial Society of Dance Teachers to the Scottish Official Board of Highland Dancing: how dancing developed in Scotland between 1900 and 1955

9 Rules and regulations: effects of standardisation on Highland dancing and piping in the late twentieth century 10 Bringing it full circle? Some reactions to regulation Appendix of tables
...
View More
View Less

Patricia H. Ballantyne is an Honorary Research Associate with the University of Aberdeen at the Elphinstone Institute, the University’s Centre for the study of Ethnology, Folklore and Ethnomusicology.