The Normans and the 'Norman Edge'
Peoples, Polities and Identities on the Frontiers of Medieval Europe 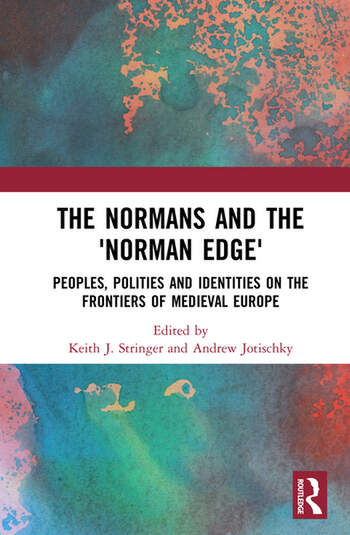 The Normans and the 'Norman Edge': Peoples, Polities and Identities on the Frontiers of Medieval Europe

achievements as a series of separate and discrete histories. Such treatments are

valid and valuable, but historical understanding of the Normans also depends

as much on broader approaches akin to those adopted in this book. As the

transformative forces in the history of medieval ‘Outer Europe’. It includes

panoramic essays that dissect the conceptual and methodological issues concerned,

suggest strategies for avoiding associated pitfalls, and indicate how far

landscapes across a vast geography extending from the remoter corners

of the British Isles to the Mediterranean basin. Leading experts in their fields

also provide case-by-case analyses, set within and between different areas, of

themes such as lordship and domination, identities and identification, naming

The Normans and the ‘Norman Edge’

of thought-provoking overviews and fresh insights derived from new

research, and its wide-ranging comparative focus has the advantage of illuminating

aspects of the Norman past that traditional regional or national histories

often do not reveal so clearly. It likewise makes a major contribution

to current Norman scholarship by reconsidering the links between Norman

expansion and ‘state-formation’; the extent to which Norman practices and

priorities were distinctive; the balance between continuity and innovation;

relations between the Normans and the indigenous peoples and cultures they

encountered; and, not least, forms of Norman identity and their resilience over

time. An extensive bibliography is also one of this book’s strengths.

Prologue: The Norman Edge in Context

2. The Normans in the North

3. Names on the Norman Edge: The Persistence of Gaelic Names in ‘Middle Britain’

4. The Shape of the Norman Principality of Gwynedd

5. Exogamy and Miscegenation in the Norman Worlds

6. South Italian Normans and the Crusader States in the Twelfth Century

8. Saints’ Cults and Devotions on the Norman Edge: The Case of St Katherine of Alexandria

9. The Norman Edge: Some Reflections on Norman Expansion into ‘Outer Europe’

Andrew Jotischky is Professor of Medieval History at Royal Holloway, University of London.