Trade Unions and Arab Revolutions
The Tunisian Case of UGTT 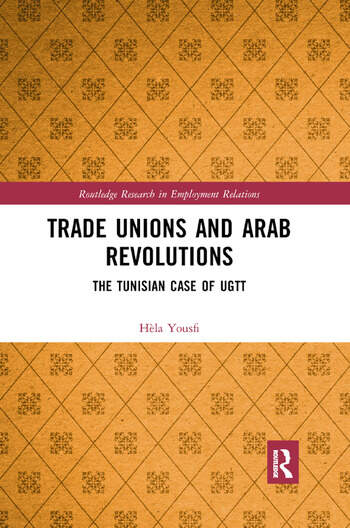 Trade Unions and Arab Revolutions: The Tunisian Case of UGTT

This book traces the role of the UGTT (the Tunisian General Labour Union) during Tunisia’s 2011 revolution and the transition period that ensued – Tunisia being the Arab country where trade unionism was the strongest and most influential in shaping the outcomes of the uprising. The UGTT; From its role as the cornerstone of the nationalist movement in the colonial era, has always had a key place in Tunisian politics: not so much a labour union but as an organisation that has always linked social struggles to political and national demands.

Examining the role played by the UGTT in Tunisia's revolution and more generally in the restructuring of the Tunisian political arena during the three years following the popular uprising. This book asks searching questions such as; how did UGTT interact with the popular uprising that led to the departure of Ben Ali? What was the role played by the UGTT in the "political transition" leading to the adoption on January 26, 2014 of the first democratic constitution in the country’s history? How successful was the UGTT in neutralizing the risk of self- implosion caused by the different political and social crises? And what are the challenges that the UGTT faces in the new political landscape?

This volume will be of key reading interest to scholars and researchers of social movements, labour movements, organizational studies, political transitions and Arab revolutions and also likely to be of interest to practitioners especially among activists, unionists and advocates within civil society.

2. Unionists Recount the December 17, 2010 Uprising From the Outbreak of the Revolt to Efforts to Organize the Movement

3. The UGTT’s Polarizing Role During the Transition

5. The UGTT as a Counterbalance

Conclusion: Lessons Learned from the UGTT’s Role in the Revolution

Hèla Yousfi is an Associate professor in the Department of attachment at Université Paris-Dauphine, PSL Research University, France.