Women Writers and the Occult in Literature and Culture
Female Lucifers, Priestesses, and Witches 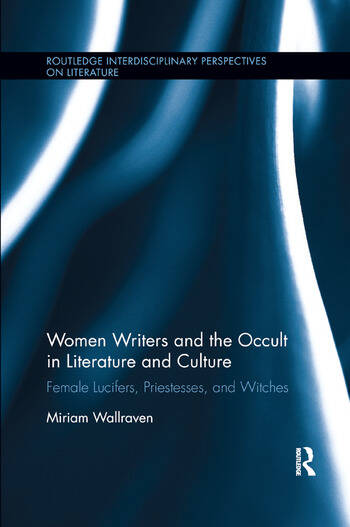 Women Writers and the Occult in Literature and Culture: Female Lucifers, Priestesses, and Witches

Examining the intersection of occult spirituality, text, and gender, this book provides a compelling analysis of the occult revival in literature from the 1880s through the course of the twentieth century. Bestselling novels such as The Da Vinci Code play with magic and the fascination of hidden knowledge, while occult and esoteric subjects have become very visible in literature during the twentieth century. This study analyses literature by women occultists such as Alice Bailey, Dion Fortune, and Starhawk, and revisits texts with occult motifs by canonical authors such as Sylvia Townsend Warner, Leonora Carrington, and Angela Carter. This material, which has never been analysed in a literary context, covers influential movements such as Theosophy, Spiritualism, Golden Dawn, Wicca, and Goddess spirituality. Wallraven engages with the question of how literature functions as the medium for creating occult worlds and powerful identities, particularly the female Lucifer, witch, priestess, and Goddess. Based on the concept of ancient wisdom, the occult in literature also incorporates topical discourses of the twentieth century, including psychoanalysis, feminism, pacifism, and ecology. Hence, as an ever-evolving discursive universe, it presents alternatives to religious truth claims that often lead to various forms of fundamentalism that we encounter today. This book offers a ground-breaking approach to interpreting the forms and functions of occult texts for scholars and students of literary and cultural studies, religious studies, sociology, and gender studies.

1. Introduction: "Occultophobia" and Gender Blindness in Cultural and Literary Studies 2. The Discursive Strategies and Functions of Occult and Gendered Worlds in Literature 3. "A mere instrument" or "proud as Lucifer"? Self-Presentations in the Occult Autobiographies of Emma Hardinge Britten (1900), Annie Besant (1893), and Alice A. Bailey (1951) 4. "She was a witch by vocation": The Emancipatory Strategies of Occult Transgression in Sylvia Townsend Warner's Lolly Willowes (1926) 5. "She became a priestess": Occult Liminality, Psychoanalysis, and the Role of the Text in Dion Fortune's The Sea Priestess (1938) 6. Unreliable Occultism: Narrating the Occult 7. Occult Worlds: Utopias and Dystopias of Magical Power 8. Outlook: "Standing before me she is familiar": Deciphering Esoteric Connections and Feminine Occult Power in Rose Flint's Poetry 9. The Functions of Occult and Spiritual Literature

Miriam Wallraven is Assistant Professor of English at the University of Tübingen, Germany. She is the author of A Writing Halfway between Theory and Fiction: Mediating Feminism from the Seventeenth to the Twentieth Century (2007) and many articles on gender and cultural studies, spirituality and literature, and travel literature.